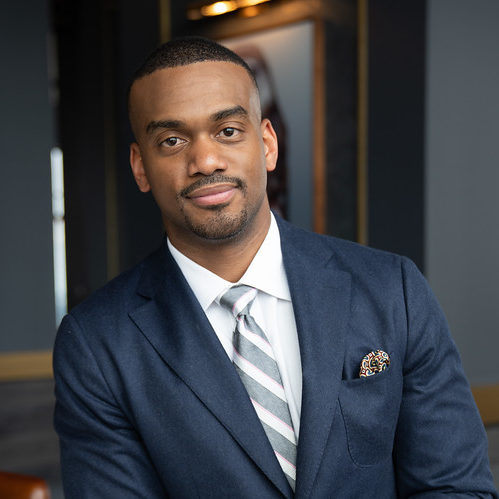 Emanuel Jones II is an avid entrepreneur with strengths in business operations and management. After undergrad, He returned to Atlanta, Ga to embark in the family business underneath his father, State Senator Emanuel Jones. His matriculation through the family business, included 4 years as the Corporate Finance Director of Legacy Automotive, and Director of Legacy Real Estate. He grew the finance department of the company from $504K per annual to over $1.3M and improved operations that grew profit over 100%. He also over saw a $20M commercial real estate portfolio that consisted of office spaces for small businesses and small franchise operations. Leaving finance, he took on the responsibility as the Corporate General Manager where he was in charge of the day to day operations of the $70M company with over $25M in inventory to turn quarterly.   He grew up with the mantra that “owning companies is great as long as they pay the mortgage, because the real value is in the real estate.” Emanuel also consulted on a multimillion-dollar buyout of two dealerships. The results were over $7M in profit and a triple net lease of one of the buildings with revenue of $720K annually over 10 years.

Recognition for his business prowess was present when he was awarded the Cox Automotive Rising Star Award in 2016. Subsequently he became an honoree for Automotive News 40 under 40 in 2017 recognition of his proven profit driven approaches within the automotive industry.

Emanuel launched his first individual venture in 2013, Legacy Insurance. He saw an opportunity to capitalize on the traffic each dealership was attracting by placing insurance agencies in an office within each dealership. That move quickly grew Legacy Insurance to a $3M annual premium book of business prior to a successful exit in 2018. Following this sale, Emanuel started a real estate investment firm that allowed friends and family to invest in residential and residential commercial real estate without being hands on. In 2019, he produced a 20% + return to all investors, put together successful wholesale operations, and consulted on multiple multi-family home acquisitions.

Emanuel is a graduate of Johns Hopkins University with a Bachelor of Arts in Public Health and Business with a focus on Entrepreneurship and Management. He then graduated from Emory’s Goizueta School of Business with a concentration in Finance. He also volunteers as the Vice Chairman of the Executive Board and Finance Committee for Hand of Hope Clinic in Henry County.